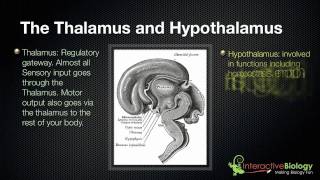 ” One does not become enlightened by imagining figures of light but by making the darkness conscious.” 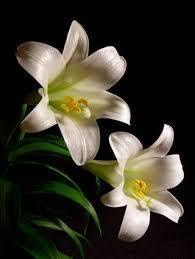 ” One does not become enlightened by imagining figures of light but by making the darkness conscious.”


Suzanne Lie, Ph.D., has been a seeker since she was a child where her active “imagination” took her deep into her inner life. She continues to regularly share her experiences and Arcturian teachings on her blog, Awakening with Suzanne Lie, and she wishes to help awakening ones come out of hiding and allow the glory of their highest expression of SELF into their everyday life.


Sunday, April 24, 2016
The Connective Mind --The Arcturians Through Suzanne Lie 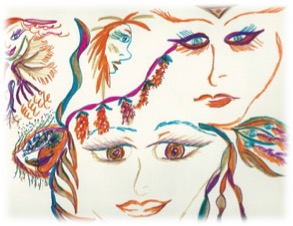 The Arcturians through Suzanne Lie


Dear ONE,
Please continue speaking about what I woke up with. It was a message…


Suzille,
It was a message from the connective component of your SELF. There are many, many, elements, elementals, personas and multidimensional versions of your Multidimensional SELF whose primary purpose within this NOW is “tasting” your fifth dimension expression.


By “tasting” we mean that you are increasingly receiving a quiet glimpse, a random thought, an unspoken word or physical picture of that which is in-between what IS and that which is BECOMING.


In fact, you are peeking into the “in-between” that was always invisible to your third and even fourth dimensional dream-self. You are beginning to receive a “quiet glimpse,” a “distant voice,” and/or a “vague memory” of something that has never occurred in your third or fourth dimensional reality.


You are “day dreaming” about something, waking up to something, and trying so very hard to remember something. But it resonates just beyond the threshold of your current perceptions. However, much like an astral ghost, the something calls you from your heart, flickers in and out of the corner of your eye and whispers softly into your ear.


We know that this can be quite frustrating because when you turn to directly address these phantom thoughts, visions, sounds, and/or feelings, they seem to float just beyond your perception.


Actually, these perceptions have always been there, but your consciousness did not resonate to a higher enough frequency for you to perceive them with your third dimensional consciousness.


In fact, these messages, visions, feelings, and/or thoughts are urging you to expand your consciousness “just a bit more.” These semi-conscious messages are calling you to remember that there is a memory, and/or a communication, from the fifth dimension that your physical brain cannot yet fully grasp.


You are “ON THE THRESHOLD” of remembering, perceiving, understanding, and embracing the components of your Multidimensional SELF that the consciousness of your third dimensional self cannot yet grasp. However, you are becoming aware of that which you cannot, yet, consciously perceive.


Please remember that your human brain was meant to “filter—out” all perceptions that resonated to the fourth dimension and beyond. However, as your consciousness continues to expand, so does the frequency range of your perceptions.


Therefore, that which was once invisible, inaudible, and impossible for your conscious mind to perceive is now tickling your heart, whispering into your ear and flitting across your vision.


Fortunately, you can “feel” higher-dimensional perceptions in your physical body and glimpse them as you awaken, complete a meditation, look out into nature and contact you in ways that are different for different people.


You see, you are all getting just a small component of the “big picture,” but when you communicate with others you find that their experience was the missing component of your own experience. You all are getting different pieces of the same “ascension puzzle,” because you all have different life experiences.


However, if all of you share your “weird,” “phantom,” “surrealistic” experiences with each other, you will see that each of you are perceiving a part of a cosmic jig-saw puzzle that you are all putting together with your ever-expanding consciousness and perceptions.


Of course, you always knew you were different, but it was too lonely to live that way. Therefore, you tried to fit in with “them.” Many of you “faked it” for many years, especially those of you who were born just after WWII when the brain washing was extreme.


The Zeta Reticuli ETs have come to Earth. In fact, they spoke with Eisenhower, which was helpful. However, Rockefeller was listening, which was damaging. The Zeta Reticuli, who had been working with the Nazis to exchange advanced technology, such as the Nazi rockets, for human DNA, came to Washington DC.


They knew that Germany had lost the war, so they came to America who had “won” the war. Of course, the war continued on in a silent manner that only the government knew about while the people of America celebrated their “great victory.”


The economy was up, and when the Zetas offered highly advanced technology in exchange for human DNA, Rockefeller saw dollar signs. Since the Illuminati was well in control of much of what was occurring in the United States at that time, their personal wealth was far more important than the welfare of the people.


Then, the Zetas were forced to live underground to avoid the radiation from the very weapons that they offered the US in trade for human DNA. Of course, Eisenhower was wise to this, but the money from the “Illuminati” families had been used to “win the war,” which the Illuminati had secretly created to gain more power over the members of the “free” United States.


Within that NOW, America was so happy that they “won the war,” that they went along with anything the government said. After all, the Rockefellers were their “friends” who had offered their money to assist with the war effort.


Of course no one then could even imagine that those who “helped” with the war, were members of the very Illuminati who “created” the war in the first place. However, the adults at that time had been children during the Great Depression, which was also created by the Illuminati, and did NOT want to ever be poor again.


Therefore, if the deal looked like money, the answer was YES. Besides, what did it cost them if “taking a bit of DNA” terrified people? Besides, these people were taken into the fourth dimension for the “procedure”, so who would remember?


Besides, this great new technology would bring money to the country, or at least, to the Illuminati of whom the Rockefellers had always been members. Of course, not all these family members were members. However, if there were not, they were outcasts, or if the knew too much, they just disappeared.


We are not being negative, but you are all “adults” now within your awakening and need to release the veil of illusion that has kept you from knowing the truth. The truth may not be pleasant, but it will set you free.


The truth will set you free of the illusions that keep your consciousness and perceptions “stuck” in the third/fourth dimensions of your reality. These illusions tell you that you are
“just physical” and that you need “be like them.”


Even though you, the fully awakened ones, never wanted to “be like them,” you did want to have a happy life. Therefore, you followed the 3D rule of believing the illusions and ignoring the truth, for as long as you could.


However, our volunteers to take an earth vessel to assist Gaia, could often consciously perceive the fourth dimension and, sometimes, even the fifth dimensions. However, you learned very young to keep these perceptions to your self or you could be considered “crazy.”


Therefore, you tried to lie to yourself so that you could fit into a dimension of reality that was actually too low of a resonance for your state of higher consciousness. Fortunately, or unfortunately, the constant state of “knowing the truth” which no one else would speak about made you depressed, anxious, angry, lonely, and sick.


Besides, many of those who were abducted were children when it started. Who would listen to you? Well—no one, especially not your parents who had risked his or her lives to make the “world safe for democracy.”


Most of the above took place in the United States, but Europe had been devastated by the war, so they were not the Illuminati’s problem. The Illuminati could not allow humans to believe they were “the winners.” That would make them too hard to control.


Therefore, they created weather change that created “the dust bowl” and the “great depression.” Therefore, by the onslaught of the Second World War, people were desperate and easily manipulated into “getting the bad guy,” and “making the world safe for democracy.”


But NOW, in spite of the Illuminati’s best efforts, YOU, the humans of Earth are waking up to the fact that YOU are the creators of your reality. YOU are realizing that the only power you can trust is the “power within” your own Multidimensional SELF.


You are also remembering how to expand your consciousness into your fifth dimensional gamma waves so that you can perceive BEYOND the fourth dimensional astral plane and into the higher and higher dimensional expressions of your SELF.


Therefore, we end this message by reminding you that your morning messages, meditations, moments of reverie and/or flashes of insight are bits of the NOW that your “Connective SELF” has merged with your third-dimensional perceptual field.


Please remember dear volunteers to assist Gaia’s ascension, YOU are the collective of the many, elements, elementals, personas, and multidimensional versions of your Multidimensional SELF whose primary purpose within this NOW is “tasting” your fifth dimension expression.


With every “taste” you learn more, remember more and perceive more. The path from third/fourth dimensional Earth into Gaia’s fifth-dimensional planetary expression is paved with Unconditional Love to show you the way, and the Violet Fire to continually transmute you into higher and higher dimensional expressions of your Multidimensional SELF.


You are returning to your fifth dimensional SELF who is guiding you Home.
Listen with your High Heart,
And see with your Third Eye.